For a period of ten years Statkraft will supply 3000 GWh electricity to FORTIA, that manages the power supply of large industrial companies in the steel, cement, metallurgy, chemical, paper and industrial gases sectors in the Iberian market. The energy will be sourced from Statkraft’s Spanish portfolio which primarily consists of new wind and solar projects currently under Construction, says Fortia Energi in a press release.

«With the signing of this agreement, FORTIA contributes to the development of renewable energy projects, while ensuring long-term supply for the energy intensive industry at competitive and predictable prices,» says Juan Temboury, Managing Director at FORTIA. «We very much look forward to taking that next step in the energy transition together with our customers.»

Statkraft has closed several power purchase agreements (PPA) for both, fully merchant projects as well as projects that were granted permission/won the tender in the Spanish auctions. «After having made an essential contribution to the development of the Spanish PPA market during last year, we are very excited to supply this electricity to the Iberian industrial market,» says Hallvard Granheim, Executive Vice President Markets & IT at Statkraft. «This contract underlines our leading position in the European PPA market and our commitment to powering major industrial companies across Europe with renewable energy.»

FORTIA has been operating in the wholesale markets for more than ten years and, with annual sales of 11 TWh on average, it is the largest independent supplier in the Iberian Electricity Market. The recently signed agreement is part of FORTIA’s strategy to provide the industry with competitive, diversified and balanced access to energy markets through new contractual models such as PPAs which are an opportunity for producers and consumers in the context of the Energy Transition. With this agreement, FORTIA starts a portfolio that expects to increase substantially in the coming months.

As the leading PPA provider, Statkraft is bringing together pan-European electricity producers and companies from trade and industry, and is developing new concepts that add value to both sides. Customers benefit from decades of experience in supplying renewable energy at long-term predictable and competitive prices. With a portfolio of circa 16,000 MW, Statkraft is one of the largest managers of renewable assets on behalf of third parties in Europe. It is owned by the Norwegian Government and has an A-credit rating. 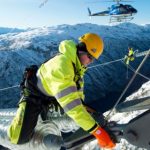